rRoxomore’s music is an intriguing one-off blend of contrasting textures – organic and synthetic, icy and warm – a fresh future step in dance music.

Frank began producing music back in Montpellier together with a friend in a disused garage – a starting point that can still be traced within the atmosphere of her music. Her music maintains a raw, almost dirty quality, which merges uniquely together with deeply stirring and psychedelic energy. Frank dug deep into sample culture during her first musical experiments, using the Akai 950 and Cubase on Atari, at the same time as DJing regularly in and around Montpellier, mixing organic jazz and funk with electronic grooves. Between long raves, diaphoretic live shows, DJ sets, garage sessions and countless hours in the studio, Frank soon left all sampling behind and began to play feelings direct via her synth.

Live, rRoxymore departs behind her synths into another dimension and creates rhythms and sounds that take you into a world that makes you forget your own. 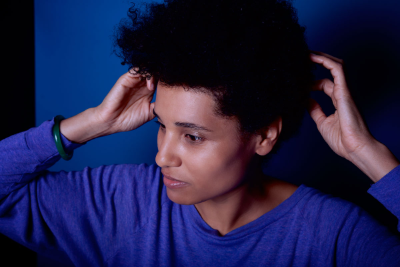