The Berlin born Pilocka Krack is an iconoclast with a Punk heart grafted to a Dada soul. As a kid already, She went crazy at her first disco and could not stop dancing. Then she began to produce mixed tapes recorded from radio shows and organised parties. Theatre and singing was always around.
Turntables came then into her life and she never stopped DJing since.
Around the turn of the millennium she moved to Vienna and started to produce beats with old-fashioned drum machines and accompanied noisefreejazzer Philipp Quehenberger on stage.2015 was when she released her first album “Best Of”, at last!
Pilocka loves performing and ignores any kind of limits on stage, her shows are noisy, trash and somehow burlesque. EFFERVESCENT POWDER FOR YOUR EARS AND EYES!!!
Labels : Monika Enterprise, Greatest Hits International, Save To Disc Recordings
Website
Facebook 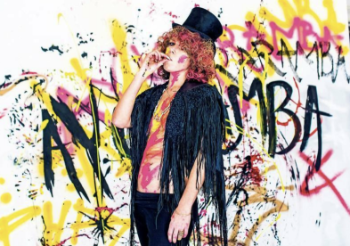