Her artistic process flirts between experimental film, live video mixing and art installation.  Like a pirate ship on analogue and digital seas, she has mostly sailed on underground currents.

As a teenager in the 90ies she rubbed shoulders with film as a festival jury member and with fine arts and live performances while working in ‚Le Toit du Monde’ art gallery in Vevey. In 2003, after years of persuing a nomadic lifestyle travelling the world, she returned to Switzerland and to Zurich, where her love of VJ-ing first began. At that time she also created her first projections for Scandal women’s collective. Then, her itchy feet took her back to Melbourne, where she worked as a VJ, art director, curator and festival coordinator and collaborated in numerous events for small to very large audiences, in the fields of music, fashion, literature, dance, fine arts, non-for profit charity and activism.
Now back in Switzerland since 2012, she’s been exploring another side of the video projection language on the theatre stage. Back in the “ Little Big City” of Zurich, she alternates between documentary filmmaking and VJ-ing, currently exploring the realms of dance music for the Belles de Nuit festival 2017.

Even in the absolute stillness of an instant, the earth is moving. Movement, from infinitely slow to light speed, is everywhere, infiltrating every aspect of life.
Time is a stage, movement the performer; bodies in motion provoke light and shadows.

The living beings, places, geometrical structures and inanimate objects featuring in her video collections are a translation of emotions, secrets of a unique moment, shared between the artist and the subject of her attention. They are printed onto memory like ink on skin, becoming icons documenting experiences of chance, joy and surrender.
If a collective consciousness exists, it is tainted by our very observation of it.
Her work is driven by a compulsion to capture beauty beyond conventional notions. She seeks to uncover grace in triviality and portray the invisible movement present in every instant, oscillating between the truth of reality and the eccentricities of imagination. By way of abstracting everyday life she reconstructs it in a parallel universe permeable to the viewer’s own fantasies.
Lise uses photography and video as an expression of passion and rage. It is a rebellious act, a personal attempt to question the status quo. In framing an image for an instant only, she takes control through the decision to capture, and then release it again into the flow of life, in the flux of live video mixing. 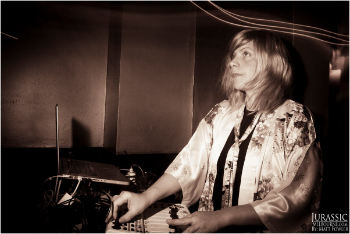