“I like the challenge of mixing things that don’t really fit together, a cheesy disco track with a hard techno one, while enabling people to follow. That’s what makes people stay, trust and have fun.” With her penchant for Detroit and Chicago house music, Ena Lind is an underground club force of nature. Her feeling for timing, awareness of her audience and ability to select the perfect record for the moment are impeccable.

Invited to play shows with artists such as Ellen Alien, Massimiliano Pagliara, Paula Temple and Djuma Soundsystem, Ena has been touring internationally across Europe, the US, Canada and Asia for years and has graced the decks of renowned clubs such as ://about blank (Berlin), Le Bain (New York), Wake Up Call (Istanbul), La Machine du Moulin Rouge (Paris) and Tresor (Berlin).
Ena Lind considers herself as a political person. Coming from the underground Berliner Queer scene, she cofounded Mint, a network for women in electronic music, with Zoe Rasch. She’s also a passionate educator, teaching the craft of DJing at Mint Campus.
A drummer and percussionist turned DJ and music producer, she released her debut single “Ferdinand” on Reveller Records in 2014. Ena’s debut EP should come out in August 2016.
Ena Lind plays a DJ set at Les Belles De Nuit & Arche Music Festival 2016.
Facebook 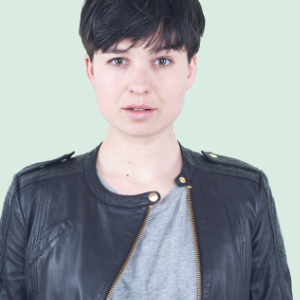