Encouraged by the guiding ear of her musical mentor, Glenn Underground from Chicago, she released her debut album in may 2016 on Compost Records. She’s been working hard on it for months, writing lyrics, playing chords and programming beats in her Studio in Geneva. 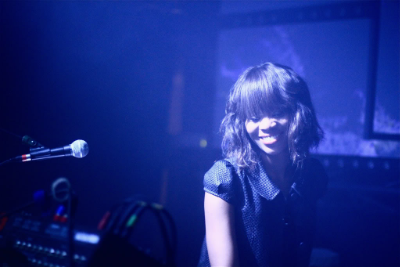