When someone like Marshall Jefferson speaks, you listen. And what the House originator once told Zurich based DJ Eli Verveine it most definitely a compliment: “You sound just like from my hood in Chicago.”

As flattering as this notion may be, and as rough and rumbling her mixes may appear, one would be hard-pressed to see Eli Verveine’s craft as a Windy City phenomenon.

Deejaying – it’s a mission. In the case of Eli Verveine, a long period of intense experimentation and self-discovery led to the sensitive, instinctive and insightful DJ she now is. Honing her skills at the legendary Dachkantine club or at her weekly radio show at Zurich’s Radio Lora, it was not before long that she garnered enthusiastic responses with her refined mix tapes: most prominently those she did for the renowned techno doyens at the mnml ssgs-blog.

If Eli has a knack for something, then it’s probably to tell her story of the deep over the course of an evening. Yet, she also expertly likes to unroll the carpet as an intro DJ.

“When you garner the first screams from a crowd while playing your last tracks, then you can be certain you have done a good job.” says Eli. Right. Still – let’s hope you see her playing that early-morning sunset-set (ok, let’s call it a „sun-set“): Trust in Eli and you will most likely be blown away by a high-octane affair. SwooSH!

Eli Verveine played a DJ-Set and co-lead a workshop about how to create a record label at the Electronic Gender Bending Music Festival 2015. 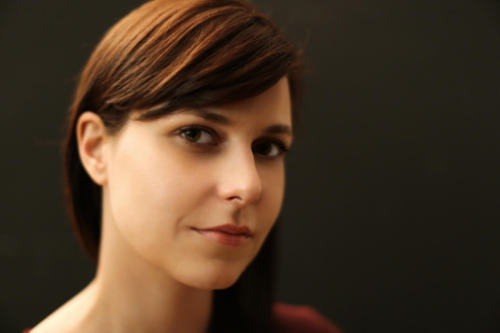