She worked as a music critic in both print and radio, including public radio station Couleur 3. Focussing on political activism, she went on to head the French communication office of a leading trade union in Bern, later taking a two years‘ sabbatical in Berlin, where she kept busy with projects including writing, politics and arts. She has organized events in Geneva, Lausanne and Zurich and played all over Switzerland and in Berlin. Her musical taste ranges from rock to funky disco-punk to older techno and the darker sides of electro. 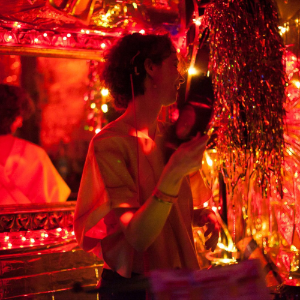