“Looking back on 20 years of nightlife, I wouldn’t want to miss anything I have experienced. I love to play in steamy clubs for an open minded crowd and I enjoy collaborating with people because one person doesn’t make a party.”

As a daughter of a Swiss mother and a Ghanaian father, Ajele was born and raised in Switzerland, where at the age of eighteen, she got introduced to the electronic music scene.

Soon she realised that there were hardly any female DJs. That was something she wanted to change. Soon she bought her first house records, a mixer and two decks. Vinyl shopping became an addiction and playing them a passion.

She’s been an integral part of Zurich’s electronic music scene since 1996.

Played a DJ set at the Music Gender Bending Festival 2015 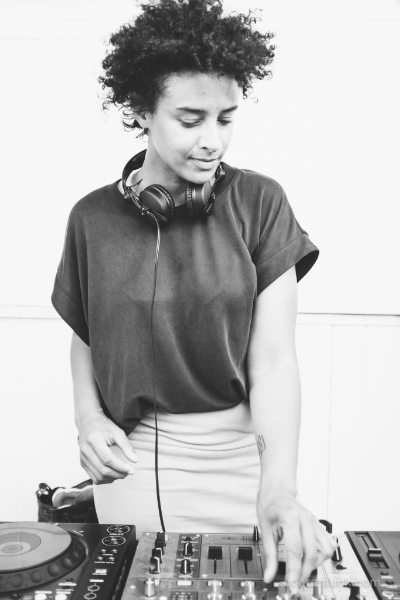